During the consultations with the professional public regarding the pre-school and primary education, held in Belgrade on 13th February, the Ministry of Education, Science and Technological Development presented a part of the framework of the new Strategy for the Development of Education by 2027. The aim of the consultations on all levels of education, which will be held in several cities of Serbia in the coming period, is to present strategic priorities, key differences taking into consideration the previous Strategy, as well as the novelties that the future framework will bring.

Educators, teachers, school principals, representatives of the National Education Council, teaching faculties, trade unions, professional associations and international partner organisations, who have largely responded to the Ministry's invitation, were given the opportunity to improve the future document with suggestions, proposals and comments, as well as to ask for more detailed explanations of particular solutions.

Minister Mladen Sarcevic cited the increase in coverage of pre-school education for children between the ages of 3 and five and a half years as priorities in this segment of the strategic framework, with the expectation that 95% will be reached in the next five years. The preparatory pre-school programme already covers 97% of children.

"UNICEF has rated the new concept of pre-school education "Year of Ascent" a pilot project in three institutions, as one of the three best in Europe. Reforms are now being implemented aimed at increasing the coverage of children by improving spatial capacities, increasing the involvement of local governments in promoting this level of education and contemporary approaches," the minister said.

In addition to increasing enrolment at all levels of education, the focus of the new strategy will be on developing key student competencies, empowering and developing human resources and updating the teaching and the conditions in which it takes place. Representatives from the Ministry of Education, Science and Technological Development, the Institute for the Improvement of Education and the Institute for Educational Quality and Evaluation outlined the most important areas through which priorities will be pursued.

State Secretary Anamarija Vicek presented the program for minorities, the reaffirmation of the educational role of the school and e-education, inclusion as well as evidence-based education policies. Assistant Minister Milan Pasic spoke about the methodology of strategy development, supplementary teaching abroad, as well as the increase in coverage and reduction of dropout rates. Special Adviser to the Minister Gordana Kosanovic emphasised the importance of initial employee education, while Jasmina Djelic the Head of the Department for Coordination of School Administrations presented one-shift work, self and external evaluation and new standards.

Director of the Institute for the Improvement of Education Zlatko Grusanovic spoke about professional development of employees and new resources, and Adviser to the Minister for Digitalisation in Education Katarina Aleksic talked about the development of digital competences of students and teachers and thus strengthening the digital capacities of institutions. The Director of the Institute for Educational Quality and Evaluation Branislav Randjelovic and the Deputy Director Gordana Capric presented monitoring and evaluation of assessments, national tests and matura exam for primary school pupils, as well as competencies and programs.

Significant support for the implementation of education reform in Serbia is also provided by the European Union, which has recognised the importance of education in addressing social and economic challenges. One of the significant elements of this assistance is the support to the development of a new strategic framework for education, which has been presented in this event. 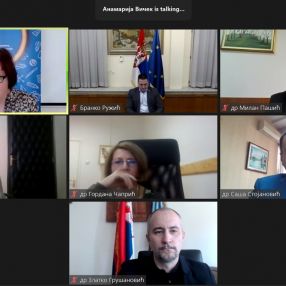 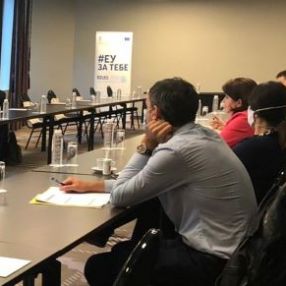 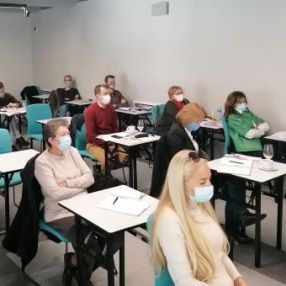 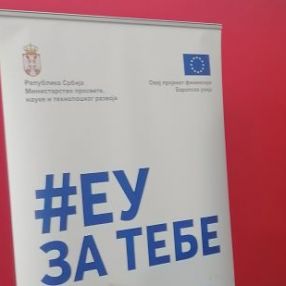 Part of the Strategy on secondary education and lifelong learning presented